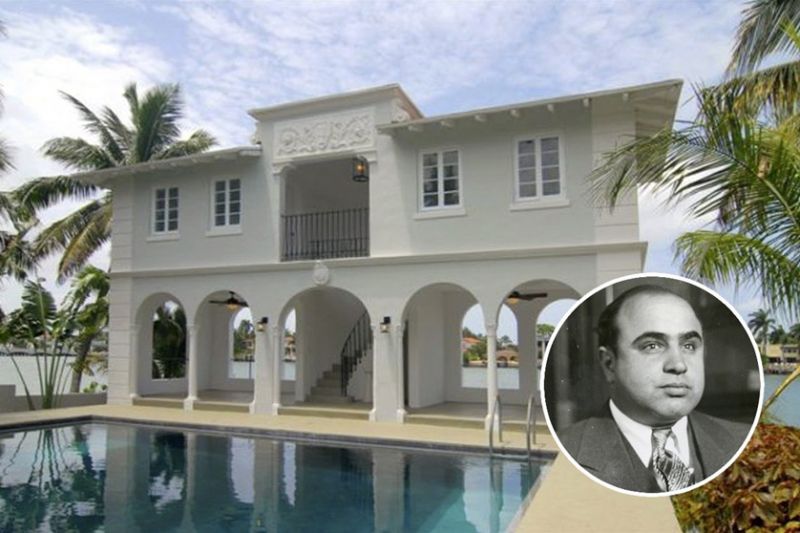 The property of the famous American gangster, one of the oldest in the Palm Avenue area, has an area of 2,780 m2 and is currently priced at almost $ 13 million , about 11.8 million euros, at the current exchange rate.

Capone acquired the home in 1928 , six years after its construction, for $ 40,000 at the time, The Chicago mobster, who was on the FBI's most wanted list, lived in the house after leaving prison and died in strange circumstances in this house in 1947 The property was sold by his wife Mae to a real estate developer in 1952.

Its current promoters carried out a deep reform, of about a million dollars, to release it for sale in 2012, but since then it has not found a buyer and has been entering and leaving the market at various times.

In 2015 it became a tourist attraction.