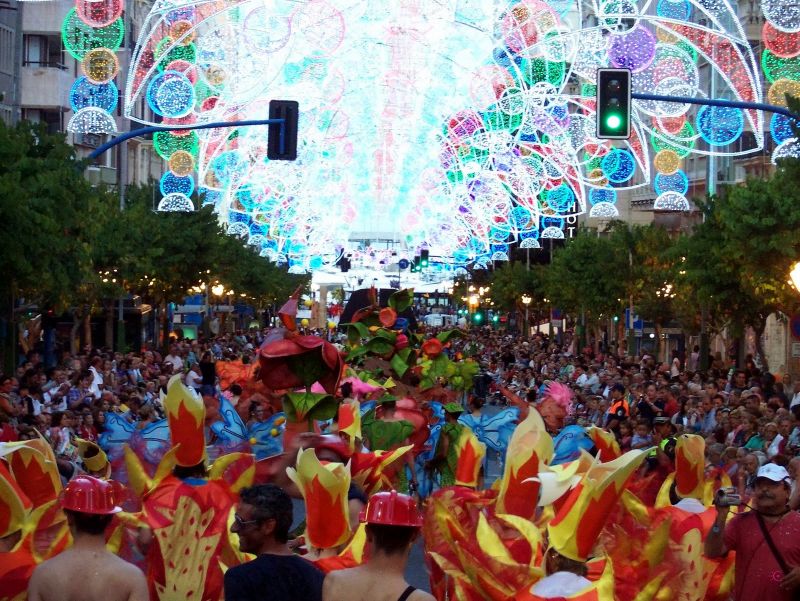 Every year, around the time of Shrove Tuesday, Alicante celebrates a colourful carnival that lasts for three weeks. The festival begins with the Don Carnal and Dona Cuaresma plays, followed by daily street celebrations. The highlight is on Sábado Ramblero (2nd of February), when the city's main thoroughfares, La Rambla and El Barrio, fill with stunning costume parades, music and dancing.

The carnival ends with a ceremony called 'Funeral Wake and Burial of the Sardine', during which masks and make-up get buried till next year's carnival. To complete the mourning act, everybody wears black and carries a candle in their hand.