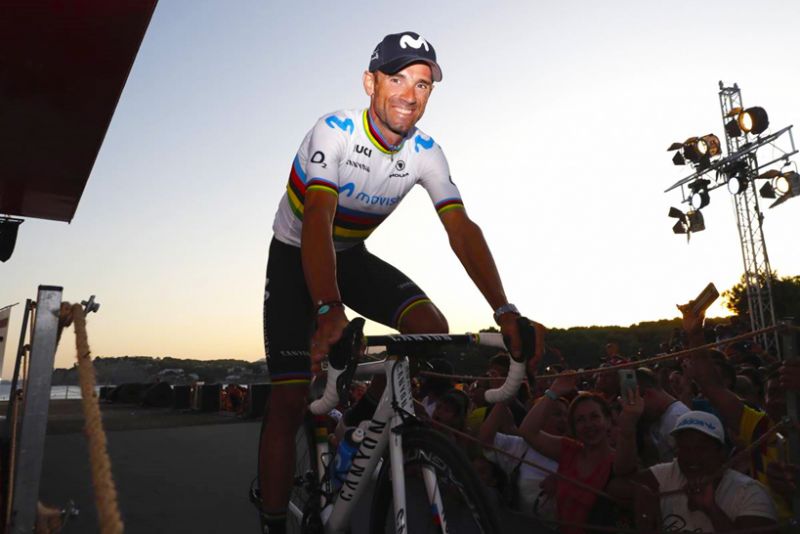 Team Dimension Data will be the first on the road (from 6:56 PM) and Movistar Team will close the TTT. 176 riders from 30 different nations line up in the official start-list of La Vuelta 19, including three former winners: Alejandro Valverde, Nairo Quintana and Fabio Aru. Valverde is also the most experienced rider at La Vuelta 19 while the Slovenian prodigy Tadej Pogacar is the youngest.

One rider participating in this 74th edition of the Spanish Grand Tour has already claimed la Roja (the leader's red jersey) in the opening TTT of La Vuelta: Jakob Fuglsang (Astana), when he was riding with Leopard-Trek (2011).
30 nations on the start-line

The 176 riders participating in La Vuelta 19 will represent 22 teams, 30 nations and 5 continents. There are 36 Spaniards (1 less than in 2018, when the number of riders per team went down from 9 to 8). That's the highest number of participants for a tea, ahead of France (17), Italy (13), Colombia and Belgium (11), the USA and the Netherlands (9), Australia (7) and Germany (6). Among the nations with 5 riders, Slovenian performances will be closely monitored with Jumbo-Visma's Primoz Roglic being one of the main contenders.