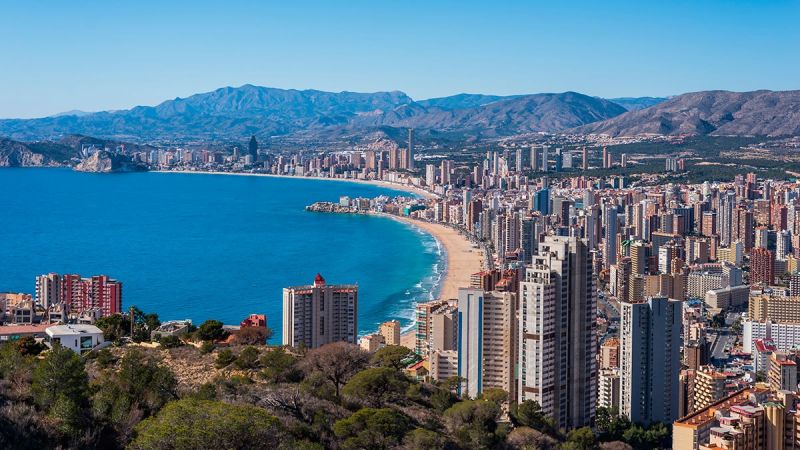 Benidorm, the pioneering resort disdained in Spain but praised abroad

Applauded for its sustainability but vilified for triggering mass tourism, the coastal city has some of the most iconic skyscrapers in the country.

Like a city that springs up in the video game SimCity, Benidorm is often likened to a small version of Manhattan, a high-rise coastal resort whose vertical lines outrage some while fascinating others.

The legend of how it was founded is well known: during the Franco years, its mayor Pedro Zaragoza envisioned turning a small fishing village into a machine that would milk the developing tourism market in Spain. He reportedly even drove to Madrid on his Vespa scooter to sell his vision to the dictator, Francisco Franco, which included allowing topless bathing for the northern European sun-seekers.

"The Benidorm model was totally cutting-edge because it was a model for the whole city, with a vision for the future, something that was unusual at that time," says the architect José Manuel Escobedo, a member of the city's Urban Landscape Council who works out of the JAS studio. "More appreciated, as often happens, outside Spain than within."

The highest of Benidorm's skyscrapers is Intempo, a Pérez-Guerras Architects & Engineers project, launched in 2006. It looks like a massive letter M with gold façades, and it rises above the rest of the city in the southwest corner, standing 192 meters tall, over 47 floors. The building has never been inhabited, however, as the collapse of the real estate sector reduced it to a white elephant and for years it stood as no more than a reminder of the Spanish property debacle. 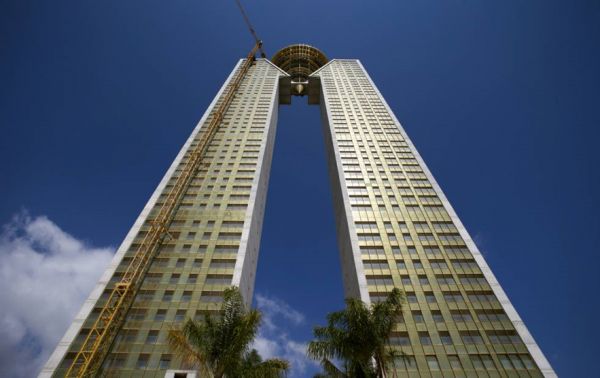 Now, with new owners, the project has been revived and the apartments will be placed on the market, with prices expected to be in the range of €1 million for property on the top floors and in the central area that joins the two towers.