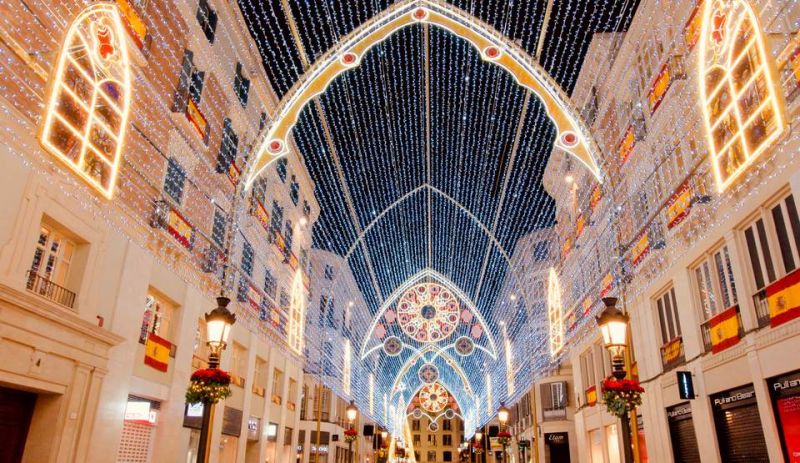 What happens in Spain over the festive period?

Christmas in Spain is quite a treat.

At Christmas there are celebrations and religious services from mid-December through January 6. There is the giant euro lottery, splendid nativity scenes, lots of great food, and one of the biggest New Year's Eve celebrations you are likely to see.

As early as October, traditional sweets such as marzipan and turrón, an almond and honey confection, appear in supermarkets. But the real events start in December. The weather in Spain is chillier than you might expect, but December is a festive time to live or visit Spain.

Spain's Christmas season doesn't end until January 6, which is Three Kings Day. This date is especially important for children as traditionally their gifts have come on this day.
You can buy El Gordo lottery tickets and wait for the big draw on December 22 or watch the excitement build and join in with the holiday customs.
• Christmas markets are set up in many major squares to sell small gifts, ornaments, and food. One of the best places to go in Spain for Christmas markets is Barcelona, because of its unique Catalan Christmas traditions.
• Christmas dinner, the biggest meal of the season, is enjoyed on Christmas Eve. Christmas Eve dinner is usually the biggest meal of the year. In the past pavo trufado, turkey stuffed with truffles was a popular dish. Now the only rule for the Christmas Eve meal is that people eat well. Lobster is very common, and a roast of some sort is essential, usually lamb or a suckling pig. In addition, most families will also have soup, usually fish stew, and an abundance of other seafood, cheeses, hams, and pates.
• Visit a Nativity Scene as the people of Spain go all out with their setups known as Belenes in Spanish, which means "Bethlehems." The scenes include the whole town of Bethlehem and its inhabitants, extending out to the countryside.

Christmas Eve in Spain is a family affair. Most bars will be closed and there won't be many restaurants open. If you can get an invitation to a family celebration, you will be in for a treat as you join in on the holiday feast.

Proceedings are interrupted at midnight by the chimes of the local church, calling worshipers to the misa del gallo (Mass of the Rooster), so named because it is said that a rooster crowed on the night Jesus was born. The biggest misa del gallo is at the Benedictine monastery at Montserrat near Barcelona.

Christmas Day in Spain is nowhere near as important as it is in some other parts of the world. The Spanish have their Christmas meal on Christmas Eve, and the children have to wait until Three Kings Day to get their presents.

Reservations are helpful but you can often wait until the week of Christmas to make yours.