The last Sundays with Franco 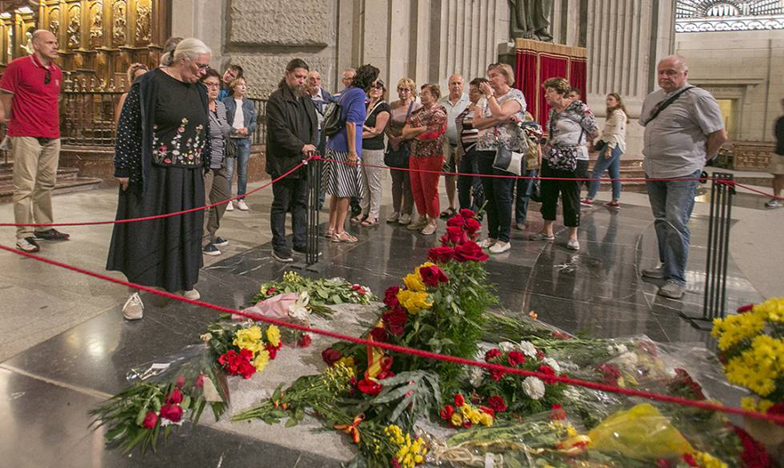 The last Sundays with Franco

A group of visitors next to Franco's tomb in the Valley of the Fallen. Santi Burgos

A tall blonde woman hurries toward the booth located at the entrance of the Valley of the Fallen. "They're really pulling out all the stops!" she says, pointing at a line of vehicles waiting outside the gates of this controversial Spanish Civil War monument, which is also the resting place of the late dictator Francisco Franco.

The new influx of visitors has been triggered by a recent Supreme Court decision to allow the exhumation of Franco's remains and their transfer to the Madrid cemetery of El Pardo-Mingorrubio. The move has been a signature project of caretaker Prime Minister Pedro Sánchez, of the Socialist Party (PSOE), but it had been held up by legal challenges filed by Franco's relatives.

The government wants the transfer to take place before the repeat general election of November 10. If that happens, this year there will be no traditional tribute to Franco on November 20, the anniversary of his death, at least not at the Valley of the Fallen.