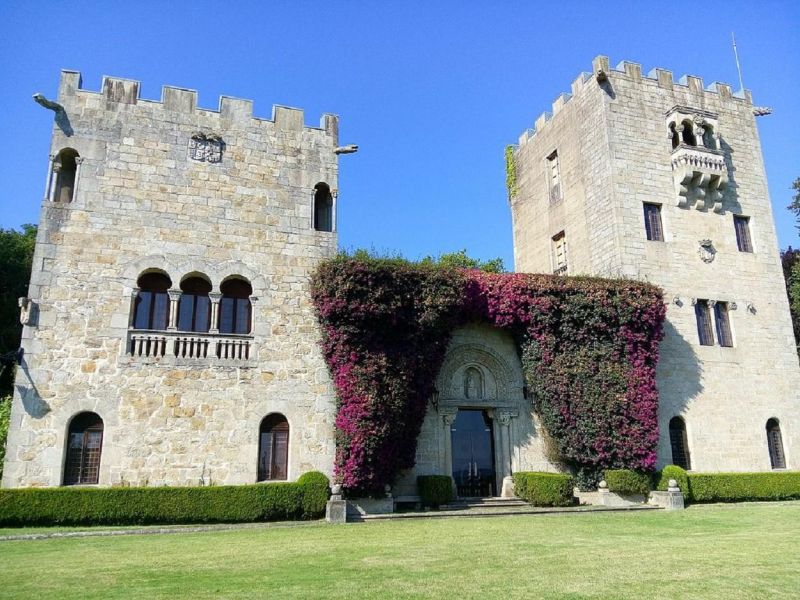 A judge in Spain's Galicia region has ruled that the Spanish state is the rightful owner of a rural property held for over 80 years by the family of the late dictator Francisco Franco.

Franco's descendants must now relinquish the Pazo de Meirás without any compensation for the maintenance costs that they claim to have had over the course of eight decades. The family is expected to appeal.

The litigation pitted local, provincial, regional and national authorities against six of Franco's grandchildren and their company Prístina, SL.
In her decision, A Coruña judge Marta Canales invalidated a 1938 transaction by which a group of Franco supporters donated the Pazo de Meirás to him in the middle of the Spanish Civil War (1936-1939) after purchasing it by public subscription.

JUDGE MARTA CANALES
The judge argued that "it was not gifted to him specifically, but to the head of state." The donation document – which went missing in 2006 from the archives of the A Coruña provincial authority – said that the property was being handed to "the Founder of the New Empire, Head of State, Generalísimo of the Armies and Caudillo of Spain, Francisco Franco Bahamonde". But Judge Canales said in her decision that it was a generic gift to the "caudillo" of Spain, not specifically to Franco.

The property was paid for through a public subscription that the locals were forced to contribute to. At the donation ceremony, Franco said that "I gladly accept, exclusively because it is a gift from my fellow Galicians." Franco then went on to promise public works projects for the four provinces that make up the northwestern region.

Judge Canales also ruled that Franco "simulated" purchasing the estate on May 24, 1941 in order to get the property registered in his name at the local registrar's office in Betanzos. This document was held up as evidence of ownership by Franco's descendants, and until recently it had been the only known property deed.
But a little over a year ago, lawyers working on behalf of the Spanish state found another deed dating back to 1938 that reflected the original purchase by the group of Franco supporters, who created an association named Junta Pro Pazo del Caudillo to carry out the operation.

Armed with this new piece of evidence, the Spanish government brought a lawsuit in July 2019, arguing that a property cannot be sold twice by the same owner, in this case the heirs of the writer Emilia Pardo Bazán.
Two months after holding the trial, Judge Canales finds in a 390-page decision that the 1941 operation was a "fictional" one aimed solely at putting the property officially under Franco's name.

The Spanish state, which has described this second deed as a case of "fraud," also noted in its lawsuit that the price that Franco allegedly paid for the Pazo de Meirás in 1941 was "laughable." While the 1938 deed valued the property at 406,346 pesetas (€2,442), three years later the official sale price was a fifth of that, 85,000 pesetas (€510).
But the judge says that nothing was bought and nothing was paid in 1941.

Maintenance costs
Regarding compensation for any expenses derived from eight decades of ownership, Judge Canales ruled that the Franco family is not entitled to any because the asset was acquired "in bad faith" in light of the phony 1941 transaction.
The ruling also notes that it was the Spanish state that put up with all the costs of Franco's summer home, which was maintained as an official residence for the Spanish head of state. "The Pazo de Meirás was managed just like El Pardo Palace," reads the ruling, alluding to Franco's one-time residence, now used as a state guest house.

Franco's grandchildren had claimed expenses derived from damages caused by a fire that ravaged the property in 1978. But no specific figures were offered at the trial.
The lawsuit was brought in July 2019, just as the government of Pedro Sánchez, of the Socialist Party (PSOE), was locked in a legal battle with Franco's descendants over a bid to move the dictator's remains from the Valley of the Fallen, a controversial civil war memorial located north of Madrid. Franco's remains were finally transferred to a local cemetery on October 24, 2019.