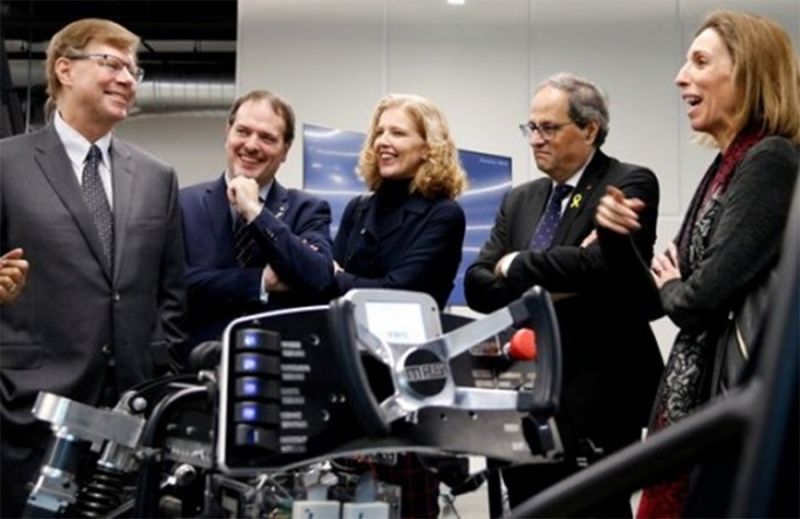 Scopely and Monolithic Power Systems say they plan staff increases in Catalonia, after meeting with president on official US trip.

A number of tech firms in California's Silicon Valley are looking to make new investments in Catalonia, Spain, with plans to significantly increase their workforces.
Such is the case of video game firm, Scopely, which aims to double its staff of 120 employees, while power solutions company, Monolithic Power Systems (MPS), estimates its staff numbers will treble by 2020.

The announcements came on Tuesday during a series of meetings between president Quim Torra and company executives during his official trip to the United States.
Business minister Àngels Chacón, who is with Torra on his visit, said the video game sector invested 36.7 million euros and created 502 jobs in Catalonia between 2014 and 2018.

MPS' largest innovation center in Europe is located in Catalonia, and its head Enric Rodríguez said the presence of "very strong" universities and research centers was a reason the firm opted for Catalonia.
Meanwhile, Scopely's head of operations in Barcelona Pere Torrents said it was the "issue of talent" that led his firm to choose Catalonia, and that the Catalan capital is able to "attract talent from all over Europe."

Chacón celebrated the fact that Catalonia is "situated on the investment radar," and added that for the government, "not only are we interested in generating synergies but also in learning more when it comes to attracting investment."
According to government figures, US companies are at the top of the ranking of firms that have set up bases in Catalonia, while the ACCIÓ business promotion agency (Catalonia Trade & Investment, its name in English) says there are 8,642 foreign companies with bases in the country, primarily from Germany (13%), the US (12%), France (12%), Italy (9%), the Netherlands (8%) and the UK (8%).