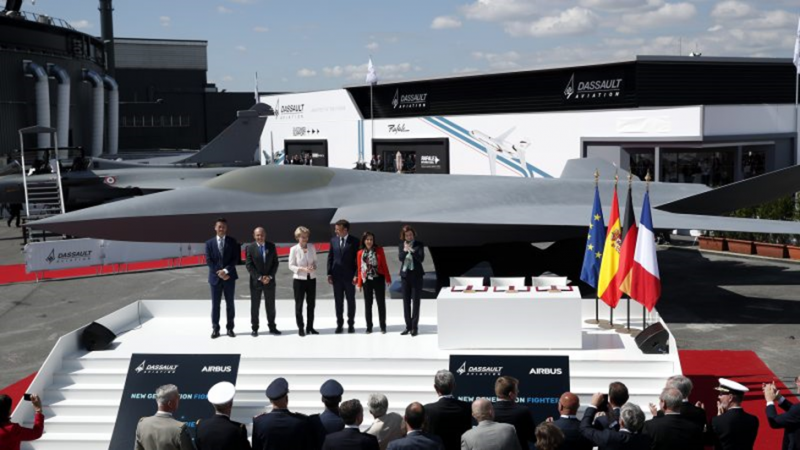 Spain's military still has eyes for the F-35 despite European fighter push.

MADRID — The Spanish Navy and Air Force are still interested in the American F-35 fighter jet, even though the government is about to join a Franco-German program to develop a new European plane.
The two services are in the beginning stages of an analysis in which the Lockheed Martin-made aircraft is emerging as a key contender, officials told reporters on the sidelines of the FEINDEF defense expo here in late May.

For the Navy, the choice for the short-takeoff-and-landing variant of the jet, dubbed the F-35B, appears to be more clear-cut than for the Air Force. The Spanish Navy wants to replace its 12 Harrier jets, which are launched from the LPH Juan Carlos I. That ship's short, ski-jump deck makes the F-35B the only option on the market, according to Cdr. Antonio Estevan, a staff officer at the service's plans and policy division.