Top foods to try in Spain 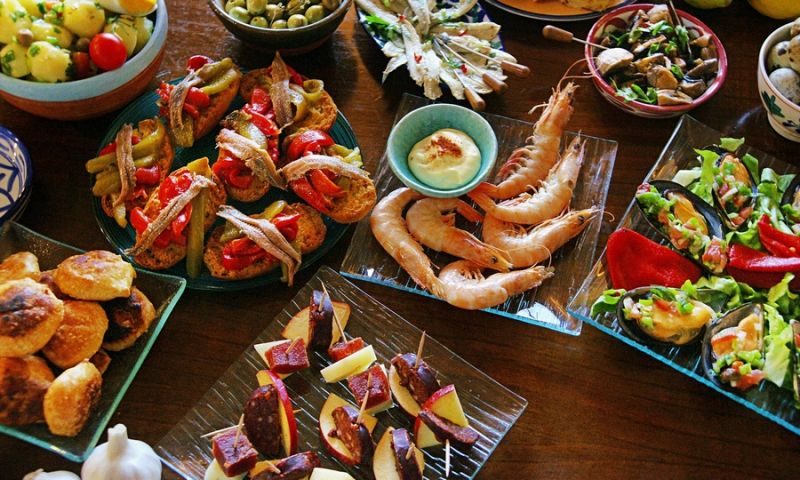 From tasty tapas to stunning seafood and traditional roasts, Spanish food is all about making the most of the best local produce.

The reddest, ripest tomatoes, olive oil, garlic, bread, peppers and cucumber are blended until silky smooth, then chilled and poured into bowls or glasses. So delicious, so refreshing. In Andalucía in southern Spain, people have it every day in summer and there is always a jug on the counter in tapas bars. Also try salmorejo from Córdoba, a thicker version that is often served with pieces of Ibérico ham on the top.

In the Valencia region, they claim you can eat a different rice dish every day of the year, but let's stick with the most traditional version for now. Ingredients for paella Valenciana include chicken or rabbit, saffron, runner beans and butter beans. But the all-important element is the rice, ideally the bomba or calasaparra varieties grown on Spain's east coast, which are particularly good for absorbing all the flavours.

Eggs, potatoes, onions... that's it – and some purists even consider that adding onion is a gastronomic crime of the highest order. The Spanish omelette is so much more than the sum of its parts. The potatoes and onions are slow fried in olive oil then mixed with the beaten eggs for the flavours to mix before cooking. Add chorizo, ham, spinach, courgettes or whatever you have to hand to make a tasty meal out of next to nothing.

You walk into a tapas bar, the barman is handing a customer an earthenware dish of sizzling prawns, the tantalising aroma hits your nostrils and you just have to order some too. To recreate it at home, just fry some sliced garlic and green chilli in olive oil, throw in the prawns for a couple of minutes and add some parsley. Couldn't be simpler, couldn't be tastier.