Whats on in Spain May 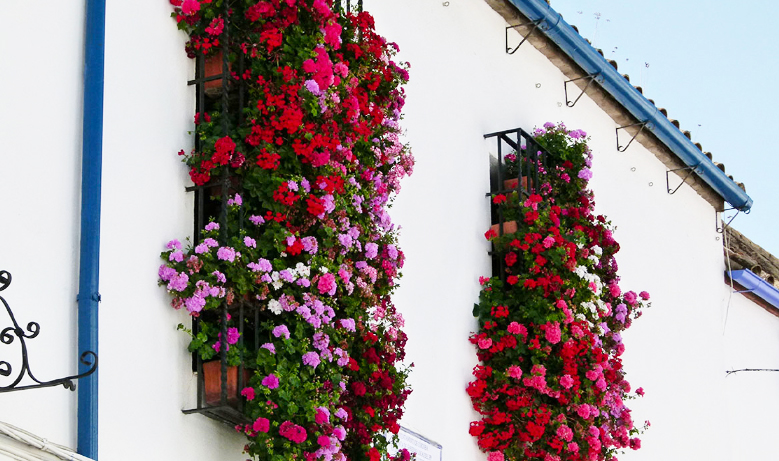 What's on in the area

On the occasion of the Patio Fest, there is another contest bringing the beauty of splendid flowerage to the streets of Cordoba's historic district: The annual Balconies and Window Grilles Contest. This tradition is another highlight among major activities accounting for the so-called Mayo cordobés (May in Cordoba).

The contest is dedicated to choosing the most beautifully adorned balcony and window grille, as the case may be. Literally offering a sea of flowers and providing an awesome contrast to the white-washed walls, these balconies and grilles are favorite photo scenes for shutterbugs and professional photographers. 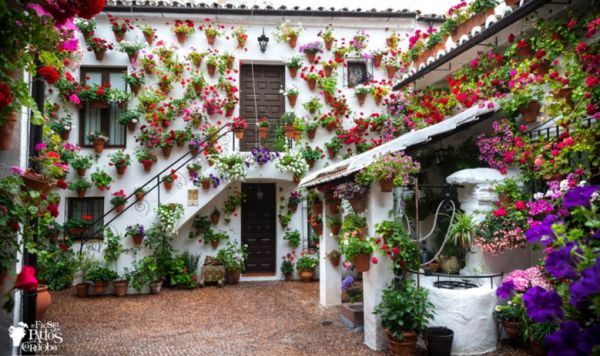 Many houses in the centre of the city of Cordoba , in Andalusia , adorn their balconies and wrought iron grilles to participate in this competition which each year selects the most beautiful entrant.

Jerez Horse Fair, a stunning display of the finest horses of the region.

The Jerez Horse Fair, known as the Feria del Caballo, is traditionally held during the first or second week in May. It is an exciting and lively event that brings the entire city to the González Hontoria fairground, which covers an area of 52,000 square meters, giving ample space for the finest horses of Jerez, as synonymous with the city as sherry and flamenco, to show off to the crowds. 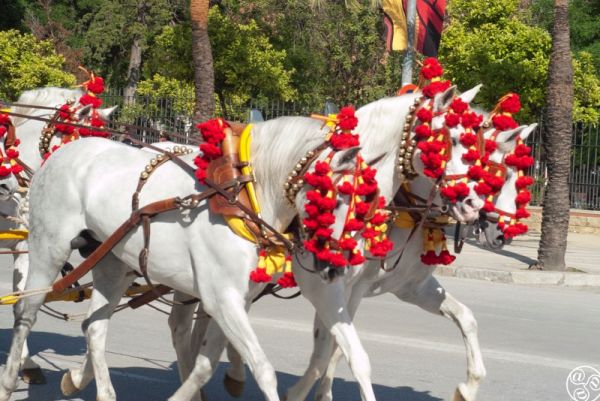 HISTORY
The history of the Feria del Caballo goes back over 500 years, to the commercial livestock fairs that were established during the months of April and September, when Jerez was just a small town during the reign of Alfonso X El Sabio.
An official agreement was signed by various participating merchants in 1491. The event slowly gained momentum as a form of entertainment and social networking, with local wine producers setting up stands to market their products and a children's amusement park was added, until the fair took on its present day form. It was during the 1955 Feria, when the Domecq Sherry family initiated the idea of celebrating the working horse, used widely throughout cattle farms in the area. 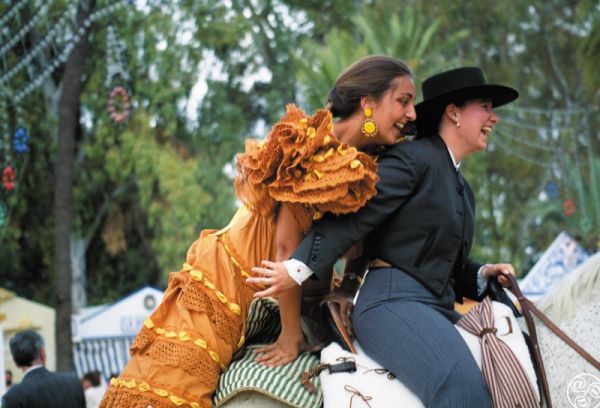