Why move to Spain? 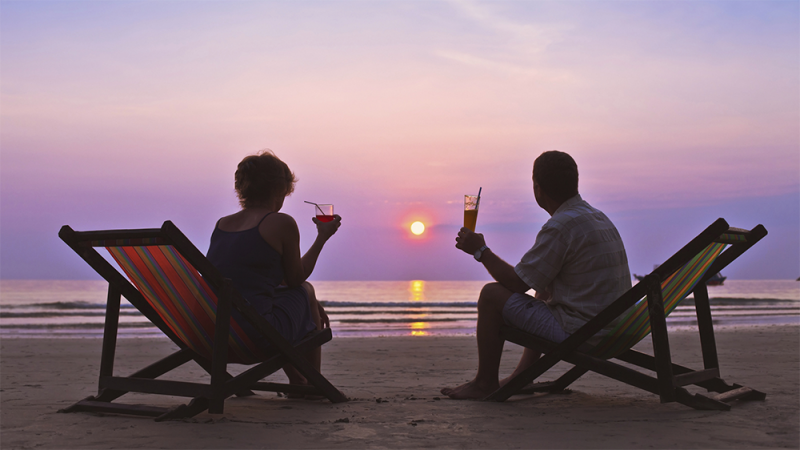 Why Spain is ranked the 'best country in Europe' to move and retire to.

Spain has always been a favourite destination of those considering retiring in the sun. But what really makes Spain the "best country in Europe" to head to at the end of your working life?

A new study has ranked Spain as the best country in Europe to retire to.

The study, calculated by using weighted metrics of cost of living, crime rates, life expectancy, property prices and population age, put Spain in the number one spot, followed by Finland and then Italy.
"The historic country hosts a wealth of great towns, cities and coastal locations which draw millions of retirees to its borders each year," explains the report.
"The great weather, food and friendly locals make Spain the perfect destination for anyone looking to relax in their 'golden years'."

Let's get the obvious advantages out of the way first. Spain has a great climate and for older bones that can be a huge advantage.
While rainy Galicia might not be the best place to choose for those who suffer rheumatoid arthritis, the Spanish coasts including Costa Blanca and Costa Del Sol boast the most sun-filled days in Europe.
Residents along Spain's eastern and southern coast enjoy around an average of 2,905 sun-filled hours each year, nearly one hundred hours more than the next sunniest zone, the Canary Islands with 2,822 sunny hours.
Sunseekers should base themselves on the Costa del Sol which boasts the most sun-filled hours in the whole of Spain, an average of 3,000
Nearby Almeria clocks up 2,994 sunny hours and Granada records an average of 2, 917 according to this report from Spain's weather agency.

In a recent expat survey conducted by Internations, Spain scored very highly for its low cost of living.
Over eight in ten expats (81 percent) are pleased with the cost of living in Spain in general, 34 percentage points above the global average (47 percent).
Living on a pension isn't always easy but with great value Menu del Día's on offer and reasonable wine for €1.50 a glass in most bars, it's easy to live well without busting the budget.
Of course, prices are going up in Spain, and people living off a pension from the UK have noticed the falling value of sterling.

Spain has the highest life expectancy at birth among European Union nations and is expected to overtake Japan by 2040 to become the country with the highest lifespan in the world.
With a projected average lifespan of nearly 85.8 years, Spain -- formerly in 4th place -- will dethrone Japan, which sits atop the rankings today with a lifespan of 83.7 years and will drop to 2nd place in 2040.
Clearly, a part of that might be put down to genes but you don't have to have been born here and lived your whole life in Spain to reap the benefits.

The Mediterranean diet is routinely held responsible for Spain's high ranking on the health and life expectancy lists.

Researchers say eating habits may provide clues to health levels enjoyed by Spain and other countries in southern Europe as a "Mediterranean diet, supplemented with extra-virgin olive oil or nuts, had a lower rate of major cardiovascular events than those assigned to a reduced-fat diet," according to a study led by the University of Navarra Medical School.

A huge part of Spain's appearance at the top of the rankings is thanks to the free public healthcare enjoyed by 99.8 percent of the Spanish population, two points above the OECD average, according to El Pais newspaper.
And even though austerity measures during Spain's economic crisis saw the health budget cut, its healthcare professionals and access to services remain among the best in the world, with Spain ranked eighth in the world for its standard of healthcare, out of 195 countries.

"Primary care is essentially provided by public providers, specialized family doctors and staff nurses, who provide preventive services to children, women and elderly patients, and acute and chronic care," according to the European Observatory on Health Systems and Policies 2018 review of Spain.

Part of the outstanding healthcare record is the fact that Spain has been the world leader in organ donation for the last 25 years and consistently breaks its own record for the number of transplants carried out.

A total of 4,818 organ transplants were carried out in Spain during 2016, beating the record of 4,769 from the year before, according to data published by the National Transplant Organization (ONT).

Spain has maintained its gold standard in organ donation despite deep austerity cuts which saw public spending on health slashed during the economic crisis years.

While the siesta is not as common as it once was, generally Spaniards have a more relaxed approach to life.

They work to live, not the other way around. We can say from experience that the pace of life is more leisurely here, and the emphasis is on savouring time with friends and family.

Spaniards tend to live a little bit "later" than in the rest of Europe, especially when it comes to meals. If you meet Spaniards, do not expect to have lunch before 2pm or dinner before 9pm. And be ready for a lunch break that can last up to two hours!

Since many of us are from outside of Spain, we can say that the pace of life here is a welcome change. With the great climate, friendly people, and fantastic food, we have little to complain about in our new home!